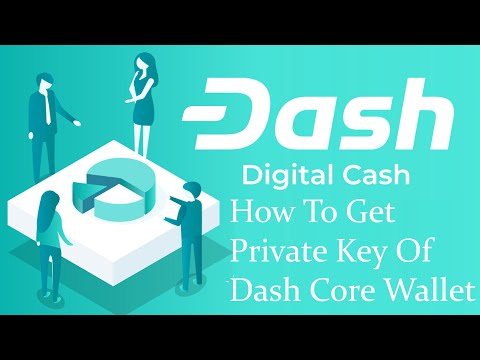 DETAILS
First a wallet was created in the following way:
bitcoin-qt -connect=wrong_ip_address -prune=550 -listen=0 -datadir=/home/use.bitcoin_pruned &
The trick here is to add a wrong ip address so bitcoin-qt won't start loading blocks. The -listen=0 makes it possible to run bitcoin-qt while bitcoind (as a full archival node) is running in the background on the same computer.

Now some "watch only" addresses, that already had some bitcoin in them, were added
(in bitcoin-qt: help -> Debug window -> Console)
importaddress watch_only_address "" false
The pruned blockchain was then created by inserting the correct ip address (pointing to my node) or by removing "-connect=ip_address" completely.

Because bitcoin-qt was not the only program, creating the pruned blockchain was a very long process that took about 5 days! I could speed up the process a lot by turning off bitcoind and running the pruned node as a bitcoind with some extra priority:
sudo /usbin/ionice -c 2 -n 0 /usbin/nice -n -20 ./bitcoind -datadir=/home/use.bitcoin_pruned/
Had I done that from the start, it could have been much faster and maybe 1 or 2 days would have been enough.
The final pruned blockchain has a size of: 2542 MB so about 2.5 GB.

I now moved the wallet.dat to wallet.dat_back and restarted bitcoin-qt. The program will create a new wallet that can be used to receive and then send transactions. If you now add a private key that already has some bitcoins in it, they will NOT be visible. There is no reason for that as the balances (not the history) are in the UTXO set.

I now started bitcoin-qt with the original wallet.dat file. The bitcoins in the watch only addresses are now visible. I then imported the private key of one of the addresses but the move of the bitcoins from "Watch only" to "Spendable" was not visible in bitcoin-qt. However, after a restart of bitcoin-qt the funds were visible in the "Spendable" section of the wallet. I then did a transaction to another address. Now in this case I want the change of the transaction to stay within MY "watch only" addresses and they shouldn't move to the (arbitrary) addresses created when the wallet was created. This is fortunate possible in bitcoin-qt. You have to choose in bitcoin-qt:
Settings -> Options -> Wallet -> Enable coin controle features.
It is then possible to choose the return address to be one of the watch only addresses (with or without bitcoins in them). It all worked just fine! It is not clear to me why bitcoin-qt has the option to "importprunedfunds", that doesn't seem necessary.

Of course, a big thank you to all developers who implemented the currently available great features.

The build date does only make sense for custom/self-compiled bitcoin-core versions because we are using static build-dates for our deterministic release builds. Having a quick option to get the current datadir is much more valuable for debug purposes. I could optional re-add the build-date for self compiled versions if someone brings up a concrete reason/value to keep it. Bitcoin-Qt 0.5-0.8 Bitcoin-Qt 0.5-0.8 Release notes 0.8.6 Release notes 0.8.5 ... Relative paths will be prefixed by datadir location. (default: bitcoin.conf)-daemon: Run in the background as a daemon and accept commands-datadir=<dir> Specify data directory-dbbatchsize=<n> Maximum database write batch size in bytes (default: 16777216)-dbcache=<n> Set database cache size in megabytes (4 to ... Send trace/debug info to console instead of debug.log file ... If no rpcpassword is set, rpc cookie auth is sought. The default `-rpccookiefile` name # is .cookie and found in the `-datadir` being used for bitcoind. This option is typically used # when the server and client are run as the same user. # # If not, you must set rpcuser and rpcpassword to secure the JSON-RPC api. The first # method ... Introduction of Bitcoin Bitcoin Blockchain Bitcoin Wallet Bitcoin Core Bitcoin Transaction Bitcoin-Qt - Bitcoin Core GUI Bitcoin-Qt - Command Options "bitcoin-qt.exe -testnet" - Bitcoin Test Network bitcoin-qt - Wallet and Receiving Addresses bitcoin-qt - Debug Window bitcoin-qt - Debug Window Console bitcoin-qt.exe Removed as PUA:Win32/CoinMiner The debug console maintains a history of previously entered commands that can be accessed by pressing the Up-arrow key so that users can easily reuse previously entered commands. Commands which have sensitive information such as passphrases and private keys will now have a (...) in place of the parameters when accessed through the history. Retaining the Mempool Across Restarts. The mempool ...

Beyond console.log(): A Step Into Debugging